While 2018 has been the year of iconic movies, such as the Incredibles 2 and Marvel’s Avengers: Infinity War. The fall has many highly anticipated movies as well, which critics are expecting to be just as enjoyable as their summer predecessors. Even though it is only June and we have the only bee given a handful of trailers to watch – here’s a showcase of a few of the films that are being released through September and November that has film fanatics raving.

Fantastic Beats: The Crimes of Grindelwald

This fantasy drama is a sequel to the hit movie of a similar name, Fantastic Beasts and Where to Find Them. This film is also tenth in the world of wizard series created by the famed author, J.K Rowling. While the cast is filled with familiar faces that were featured in the first film, such as Eddie Redmayne and Jude Law, as they are attempting to stop a powerful dark wizard while also having to face and hopefully conqueror new threats that are dividing the world of wizards even more. 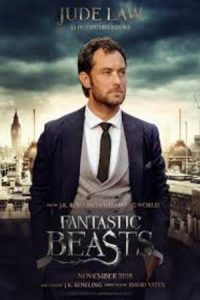 This film is going to be released on November 16th, and diehard fans of the Harry Potter series and the original Fantastic Beast film are going to be flooding the theatres this fall. From the trailers and the premise released, the film seems to be a direct continuation of the ending of the first film. While the magical is vibrant and unique – the drama lies within the cast of characters as their feelings and trust are being tested as the plot grows tenser.

It’s undeniable, everyone knows of Freddie Mercury, the lead singer of the famed musical group Queen. While he may have passed away over a decade ago, his legend remains in today’s world. Bohemian Rhapsody is a biopic of the singer’s life in the group. The lead of Freddie Mercy is played by esteemed actor Rami Malek, who is known for his roles for Mr. Robot and the Night at the Museum series. 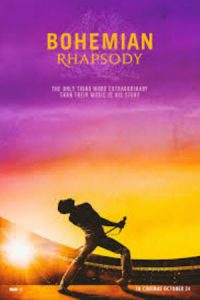 This film is expected to be released on November 2nd and already has a few trailers which has Queen fans and movie critics alike excited. One of the highlights of the film is Malek’s likeness to Mercury – which many are expecting to be a great show of a modern-day representation of the British singer’s life and career.

Although the hype surrounding this movie is mainly positive – there are a few critics who are nitpicking the trailers. The main complaint is that the trailers are not showing an accurate description of Freddie Mercury’s sexuality – which many of the film fans have simply stated: “you can’t get the entire movie from a minute trailer”.

The Old Man and the Gun

Who doesn’t love a charming leading character who is a famed bank robber? That’s the main concept gathered from The Old Man and the Gun trailers. While this film is a crime centred movie filled with comedy, it is based on the life of Forrest Tucker, a man who is the ideal of crime and iconic prison escapes. While not much is known about the film, it does feature a colourful cast that has Casey Affleck, Sissy Spacek, Robert Redford, and Danny Glover. This film will be released on September 28th, and from what the trailers are showing, it’s going to be a film that has the protentional of becoming a blockbuster success.