There are many hidden secrets in arts and culture, and unless you’ve been living under a rock for most of your life, you will certainly have heard of the Mona Lisa. Leonardo Da Vinci’s famous “portrait” is arguably the most famous painting in the world, and it continues to fascinate and captivate the world, 500 years after it was first made. What is it about the Mona Lisa that is so fascinating, though, and why do we keep talking about a painting that surely everybody knows everything there is to know about?

What’s So Special About the Mona Lisa?

There are several reasons why the Mona Lisa stands out from all of the other paintings you’ve often heard of, not least because it was painted by Leonardo da Vinci. This painting – which actually doesn’t look anywhere near as impressive as some other artists’ feats – was ahead of its time, though. The technique da Vinci uses (sfumato) makes him one of the first use the “without lines or borders” style of creating light and shadow illusions. 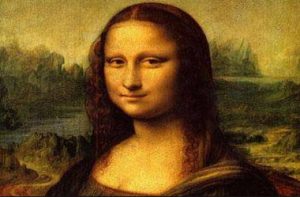 Da Vinci worked on the Mona List for four years, and it was a fond favorite of his patron, Francois I. Throw in the fact that there are only a limited number of canvas painting by the man himself (da Vinci devoted a lot of his time to works besides paintings, too) and the fact that it is in such good condition, and that it is one of the most valuable and secured paintings in the world, and it is no wonder that the Mona Lisa stays appealing in the public eye.

Whilst this is all very interesting to fans of fine art, it isn’t enough to keep your average Joe interested. What else could it be about the Mona Lisa that keeps us intrigued then?

The Mona List’s history and the myths and legends surrounding the painting could arguably be the main reason why the painting continues to draw a crowd and fascinate us. It was, for instance, stolen in the early 20th Century. An already famous painting which was stolen and eventually found increases its popularity and reputation. The fact that it appears virtually everywhere (as reproductions, coffee cups, and comedic advertisements) also makes it very memorable. We’ve heard of it, and we’ve all seen reproductions of it, even if most of us have never visited the actual painting.

One of the myths surrounding the painting is that it was actually a portrait of the wife of Francesco del Giocondo (a silk merchant in Florence at the time). Some people have even said that the Mona Lisa is da Vinci’s portrait of himself – a female da Vinci if you will. The fact that it may not be Lisa del Giocondo means that people are always trying to discover who the portrait is really of, and that keeps us interested.

Arguably the most famous myth around the painting is that there is something underneath it all. It regularly makes the news and scientists announce that they have uncovered pictures or fragments of layers below the Mona Lisa. Depending on which story you hear, there could be as many as four painting underneath it.

As long as these rumours, myths, and theories exist, the Mona Lisa will continue to captive and excite us.